How to read Wiki creatively 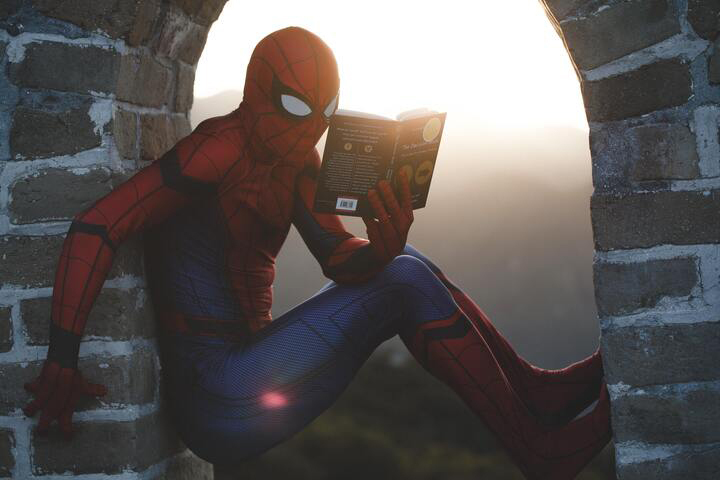 How to read Wiki creatively

Admit it, sometimes you go to Wikipedia for a moment to learn something about work, and an hour later, you find yourself reading an article about Ancient Rome or a lecture by a minor Oppenheimer? At first glance, such information may not seem very suitable for life, but representatives of creative professions are ready to argue with it. Yevhen Myroniuk, Brain Tank's managing partner in strategy, is convinced that inspiration and knowledge can be found anywhere, and Wiki is one of the main sources.

From BSE to Wikipedia

In my childhood, the most accessible book was the "Soviet Encyclopedia" 1984 edition. When I had nothing to do at all, I read it. I was less interested in fiction like Fenimore Cooper, where the scalp is removed from an alive person. I was very inquisitive, and the encyclopedic reference gives an instant, though not always detailed, idea of ​​any question. It's quick and easy to understand whether a topic is interesting or not.

Today, for me, such a point of entry into knowledge is Wikipedia. I am terribly interested in how the world is arranged. The question "what to read" is never a question. There are many areas of concern in which you can delve and find new information. Wikipedia is the perfect start to something new, to get a feel for the big picture.

After the article are the books

The peculiarity of Wiki is that anyone can become its author. I am happy to be a reader and an editor: I often make edits to texts as a user. It's up to everyone to trust 100% of everything written in the Wiki or not. If we talk, for example, about scientific articles, I believe that they somehow depict today's worldview, well confirmed by sources and published material is easy to verify. By the way, about these sources. It is a special pleasure to address them after getting acquainted with the topic on Wikipedia. I read books to thoroughly understand the issue and find out who the authors of the free encyclopedia refer to.

I will tell you one of the recent examples of how I became interested in the article and continued studying the topic. I read a lot about Gaius Caesar. Once again, rummaging through the last years of his life, I wondered why he was so respected. I came across "Notes on the Gallic War," a series of works dictated by him personally. The work is considered a model of ancient literature and military skill at the same time and tells of Gaius' "visits" to the Cisalpine tribes. In the actions, methods, and means used by the commander, it is there that the essence of his greatness was revealed… When I am interested in something, there is always work on this topic.

Articles to broaden your horizons

As a "confident user" of Wikipedia, I do a lot of research on this resource, and when I come across exciting articles, I want my colleagues and friends to know about them. The most valuable, in my opinion, findings I publish in my telegram channel BrieflyProofly. I can't help but mention some of them here. Reading each of the articles takes no more time than a person spends on social media in one session — of course, if you refrain from the temptation to follow the links.

I recommend all curious people, and especially creative people, to turn more often to broaden their horizons to the largest online encyclopedia in the world. Today its volume is estimated at 25,134 equivalent volumes of the Encyclopedia Britannica. First, it's elementary. And, secondly, who knows what article will inspire you to a great idea in the future?